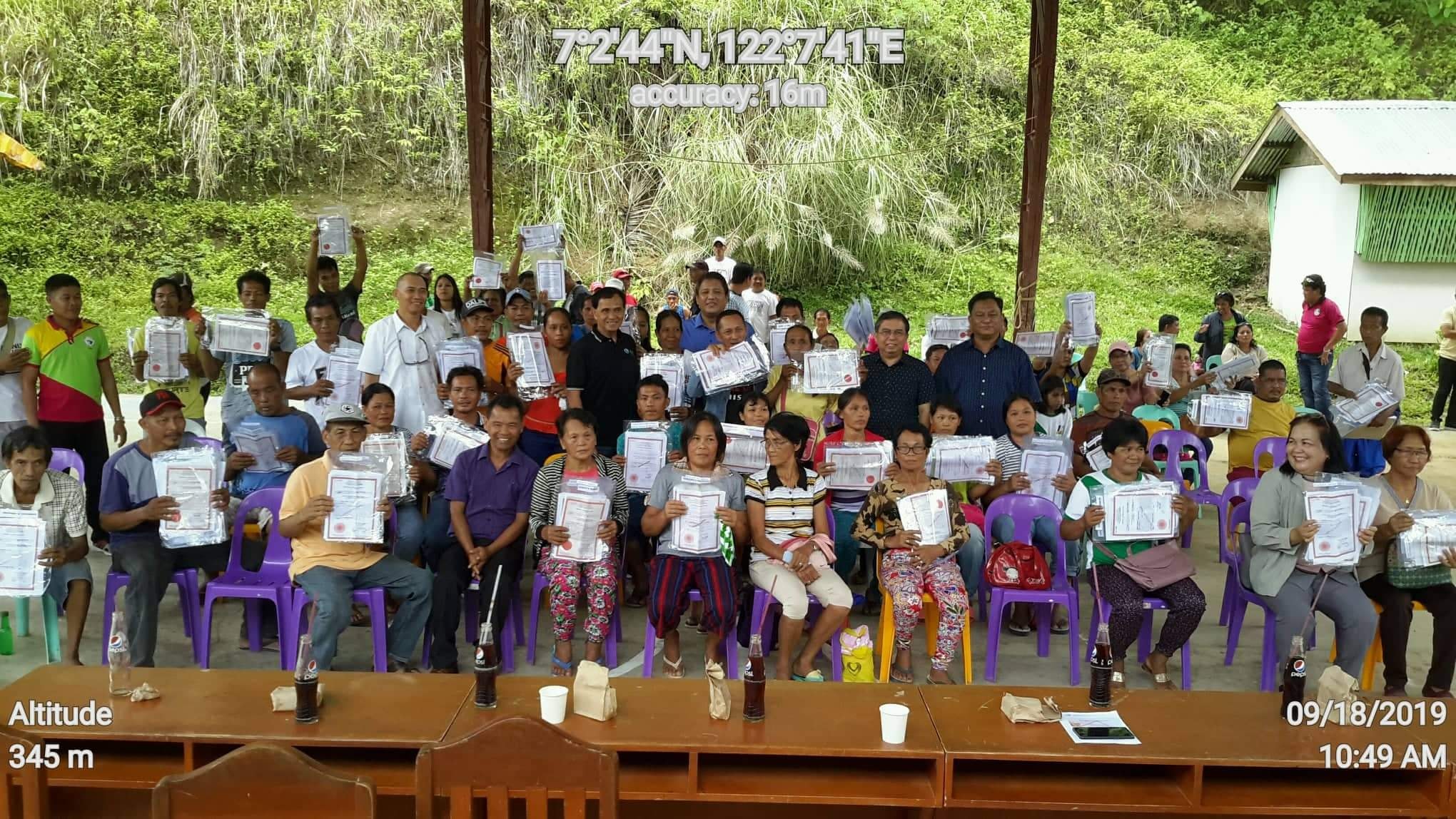 The Department of Environment and Natural Resources (DENR) Region 9, in coordination with the Registry of Deeds and different Local Government Units, was able to award 359 land titles to beneficiaries in different parts of Zamboanga Peninsula under its Handog Titulo Program for the month of September, this year in celebration of the Lands Anniversary.
The Handog Titulo Program is in line with the Agency’s mandate to administer, manage and dispose public lands in favor of qualified beneficiaries in accordance with R.A. No. 10093 or the Residential Free Patent Act of 2010. The Program aims to boost the distribution of land titles to combat poverty and foster progress and development.
There are a total of 5 CENROs who conducted the Handog Titulo Program, equaling to a sum of 359 land titles given to qualified beneficiaries in different parts of Zamboanga Peninsula.

In CENRO Kabasalan 50 land titles were granted to land owners from the municipalities of Tungawan, R.T. Lim, Ipil, Titay, and Naga.

DENR is encouraging those who still do not have land titles to visit their nearest CENROs to apply. The office provides free land survey services to qualified applicants.