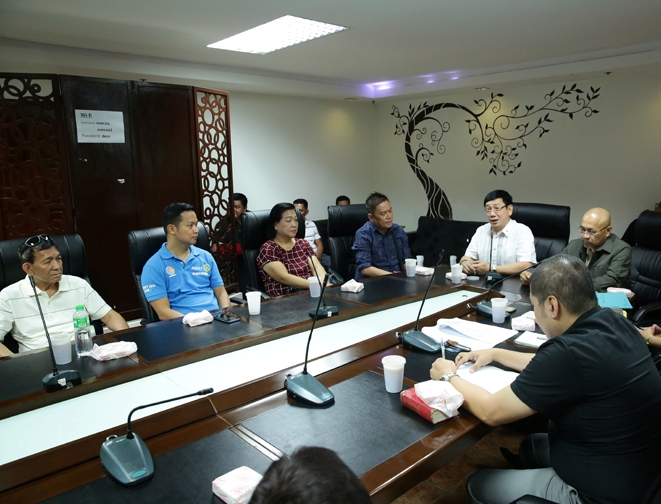 DENR Undersecretary Benny Antiporda (2nd from right) assures barangay leaders in Tondo, Manila  of DENR’s support to their  efforts on preventing relocated informal settlers from returning to the banks of  Estero de Magdalena  which empties into Manila Bay via the Pasig River.   Antiporda met with the 12 barangay officials which have jurisdiction over the six-kilometer waterway  last January 17, 2019 at the DENR main office  in Quezon City to brief them on the “Pag-aalaga ng Estero De Magdalena Action Plan” being implemented by  the Task Force DENR Enforcers  Metro Manila (TF-DEMM) pursuant to the  Supreme Court’s 2008 Writ of Continuing Mandamus. Also in photo is TF-DEMM Chief Ret. Col. Jed Motus (right). ###