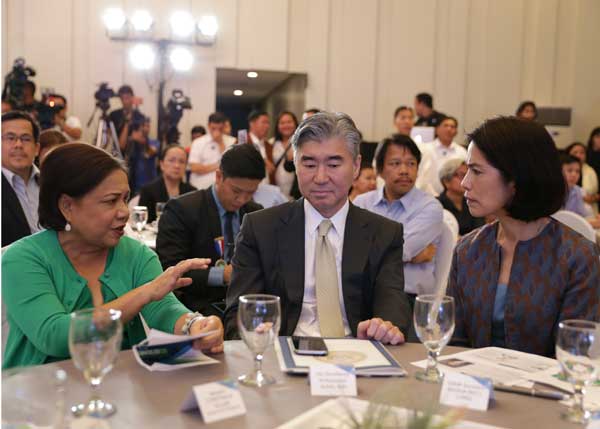 Environment Secretary Gina Lopez (right), Senator Cynthia Villar (left) and U.S. Ambassador to the Philippines Sung Kim grace the launching of the Protect Wildlife Project, March 6, 2017 at the Sequoia Hotel in Quezon City.  A 5-year project, Protect Wildlife is the first USAID initiative in the Philippines to align with the U.S. government’s newly signed Eliminate, Neutralize and Disrupt Wildlife Trafficking Act of 2016 which addresses the global illegal wildlife trade.  The project, to be implemented in close coordination with various government agencies such as the DENR-Biodiversity Management Bureau, will commence in Palawan, Zamboanga City and Tawi-Tawi. ###