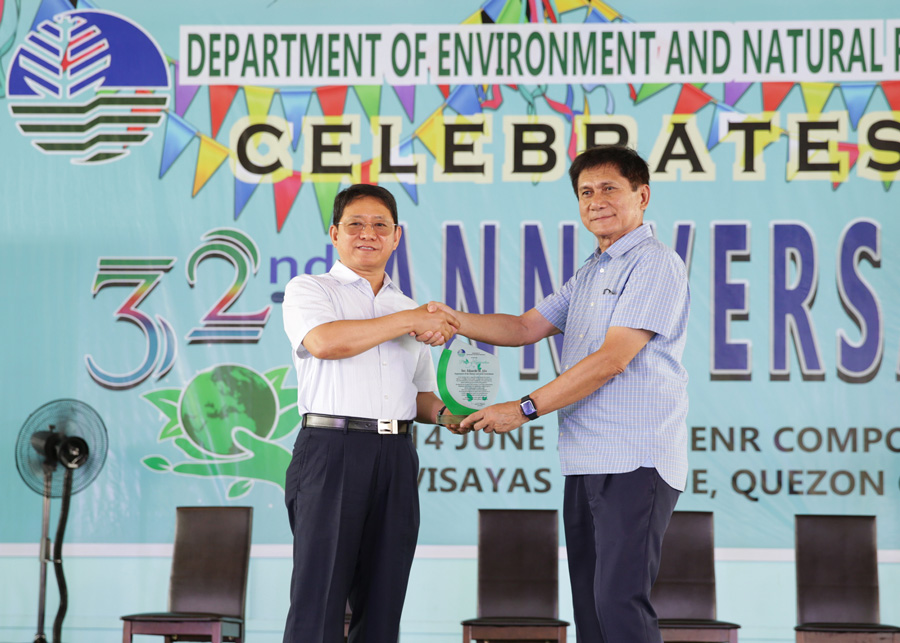 Environment Secretary Roy A. Cimatu presents a Plaque of Appreciation to Interior and Local Government Secretary Eduardo Año in recognition of the valuable contribution and support of the Department of Interior and Local Government (DILG) in the rehabilitation of Boracay Island and the on-going clean-up of Manila Bay. The DILG is part of the triumvirate of the DENR and the Department of Tourism (DOT) which heads both the Boracay and Manila Bay Task Forces. The same recognition was also given to DOT and the Department of Public Works and Highways during the 32nd anniversary of the DENR held Friday (June 14) at the DENR Central office in Quezon City. ###