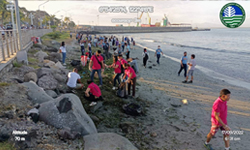 Geological formations in Class I caves i n Zamboanga Peninsula 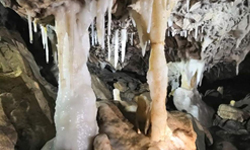 𝗖𝗔𝗩𝗘𝗳𝗼𝗿𝗺𝗮𝘁𝗶𝗼𝗻: Caves are classified into three (3) Classes (Classes I, II and III) in accordance with DENR Memorandum Circular No. 2007-04, Procedure in Cave Classification. Primary considerations in classifying caves are: cave difficulty, hazard, formations, ecological, archaeological, cultural values and other aspects as may deemed recognized by the assessment team.
(Photos taken below belongs to Class I. Formations that are considered delicate and fragile.)
CLASS I CAVES. Caves with DELICATE and FRAGILE geological formations, threatened species, archaeological and paleontological values and extremely hazard conditions. Allowable use may include mapping, photography, educational and scientific purposes.
PLEASE HELP CONSERVE AND PROTECT OUR CAVES!
#DENRZamPen
#TayoAngKalikasan
#CaveFormation
#CavePhotography 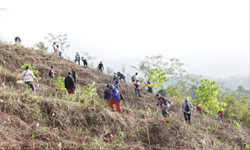 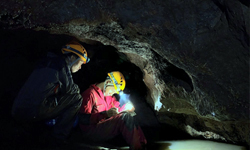 Stunning snaps of DENR Zamboanga Peninsula Cavers as they explore the underground wonderland of various caves and cave systems in the region to assess its physical and natural features, and its resources in order to identify its classification per DENR AO 2003- 29 and in accordance with Section 4 of DMC 2007-04 (Procedure in Cave Classification).
#DENRZamPen
#TayoAngKalikasan
#CaveExploration
#CavePhotography
#KarstCave
#Spelunking
#Caving 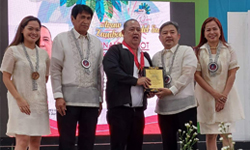 DENR IX In Charge, Office of the Regional Executive Director 𝗥𝗼𝗻𝗮𝗹𝗱 𝗗. 𝗚𝗮𝗱𝗼𝘁 receives a Plaque of Recognition from Zamboanga del Sur Governor Victor J. Yu alongside with the 1st District Congresswoman Divina Grace Yu during the 70th Araw ng Zamboanga Del Sur Special Awards program today September 17, 2022.
The award was in recognition of his exemplary leadership and organizational ingenuity in leading the institution towards the pinnacle of success that greatly contributed to the promotion and welfare of the people of Zamboanga del Sur serving as an epitome of sincere public service and accountability.
#DENRZamPen