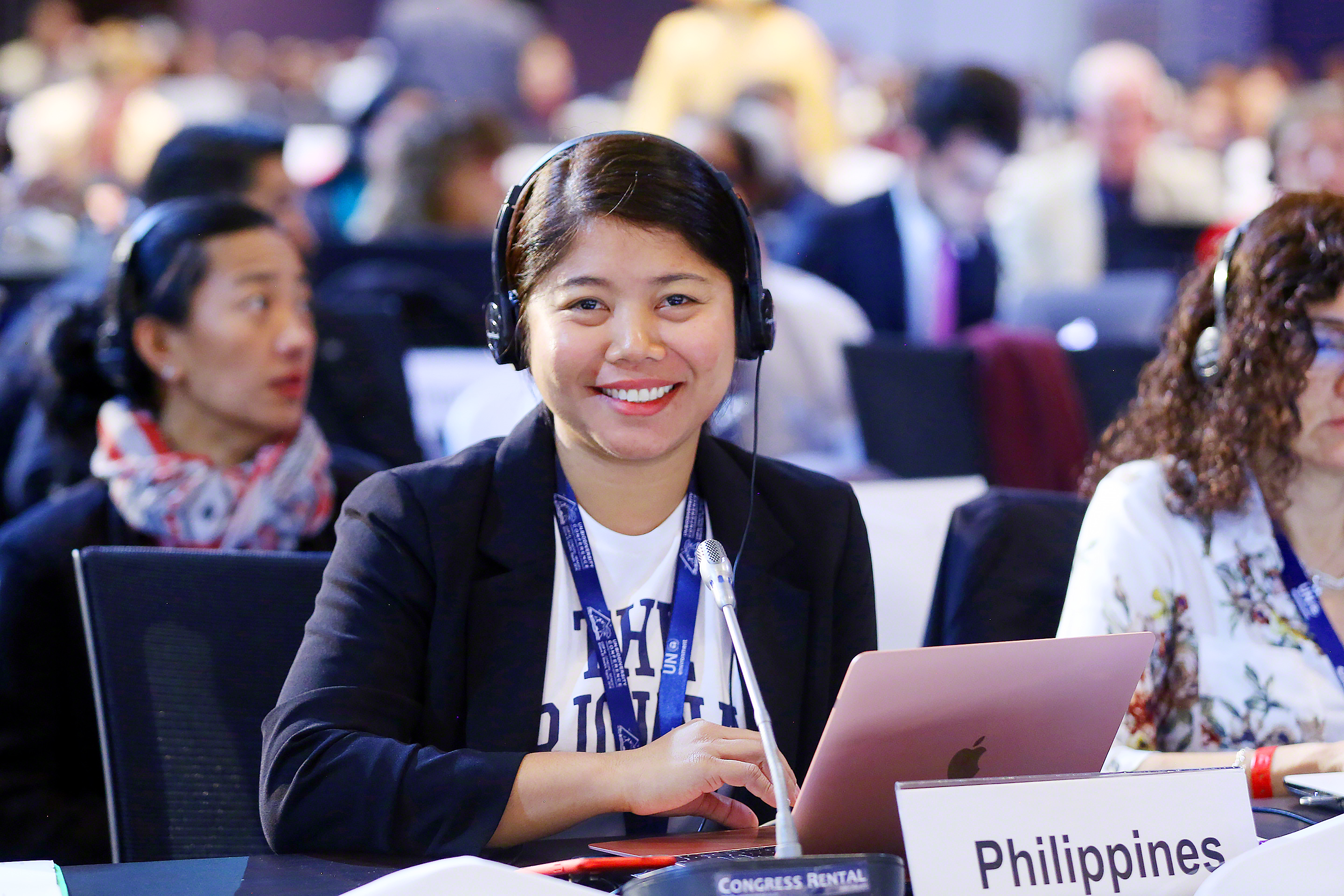 Crisanta Marlene P. Rodriguez graduated from the University of the Philippines Los Banos College of Forestry with a degree in Bachelor of Science in Forestry and received her Masters degree in Management from the Bicol University Graduate School. She earned her Primary and Secondary Education from the same institution.

Krisma, as she is fondly called by friends and family, is an active member of the Rotary Club of Legaspi Central District, the Society of Filipino Foresters, and the Red Cross Youth Legaspi City Chapter.

In her youth, she was one of the chosen delegates to the Ship for Southeast Asian Youth Program International to represent the Philippines.

Rising from the ranks as Forester at the Department of Environment and Natural Resources, Region V (DENR RV) from 2005, she is now the Regional Executive Director for DENR Region 9 Zamboanga Peninsula after a short stint as Director of the Biodiversity Management Bureau (BMB). She held various positions in the Regional office as Ecosystems Management Specialist; Development Management Officer; Assistant Technical Director; and as OIC Regional Director. Prior to joining the DENR, she was a part-time Instructor at the Bicol University, College of Agriculture and Forestry.

Among her remarkable accomplishments in her long stint at the DENR Region V, is initiating the Online Document and Records Tracking System, and Strengthening the Regional Public Affairs Office (RPAO) by prioritizing its capacity building needs and providing the much-needed equipment for RPAO-related activities. Bicol is a disaster risk prone region, affected regularly by major natural disasters such as typhoons, volcano eruptions and ash spews, Krisma then spearheaded various major disaster response activities in collaboration with the Regional Disaster Risk Reduction Management Council (RDRRMC).

As Director of the BMB, Krisma has represented the country in various international meetings. She effectively served as Head of the Delegation in the 22nd Meeting of the Subsidiary Body on scientific, Technical and Technological Advice (SBSTTA 22), and the 2nd Meeting of Subsidiary on Implementation (SB12) in Montreal, Canada. She was Alternate Head of Delegation in the High Level Segment of the 2018 UN Biodiversity Conference in Sharm El Sheik, Egypt, and in the 3rd Meeting of the Conference of Parties to the Nagoya Protocol on Access to Genetic Resources and the Fair and Equitable Sharing of Benefits, also in Egypt. She has again served as Head of Delegation in the 20th Meeting of the ASEAN Working Group on Coastal and Marine Environment in Phuket, Thailand.

Lately, she was a delegate in the International Visitors Program under the USAID Program in New York, USA wherein she was chosen to represent Women Empowerment in the Professional Group.

As Regional Executive Director of DENR Region IX, she issued DENR Regional Memorandum Circular No. 1 Series of 2019 which bans single-use plastics in all DENR-9 offices including in seminars/trainings and information campaigns saying that DENR should “ walk the talk”.

She was instrumental in establishing a professional rapport with the Bangsamoro Autonomous Region for Muslim Mindanao (BARMM) officials and local government units through a series of meetings and orientations for the harmonious implementation of policies for the management and protection of Turtle Islands Wildlife Sanctuary in Tawi-Tawi.

Krisma is a multi-talented and dynamic leader. She is always on top of things as she utilizes modern technology to aid her in monitoring current events. She is known to have a beautifully haunting voice, whoever hears it turns out mesmerized.