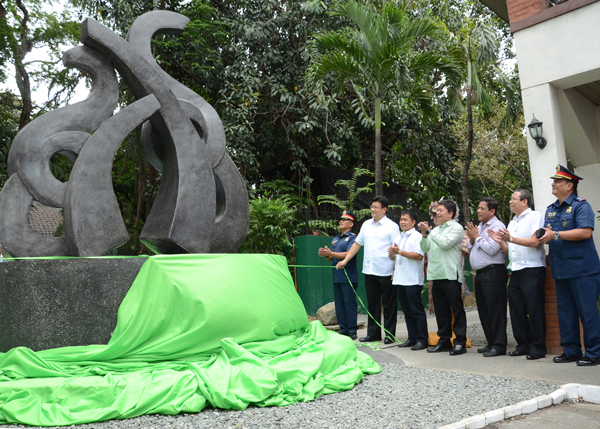 Department of Environment and Natural Resources (DENR) Secretary Ramon J. P. Paje (holding string) leads the unveiling of the elephant monumental structure at the Ninoy Aquino Parks and Wildlife Center as part of the nation’s celebration of World Wildlife Day. The statue is partly made out of ashes from more than four tons of elephant ivory tusks crushed and incinerated by the DENR in June 2013 to signify its commitment to fight the illegal trade of wildlife and by-products, especially ivory which is banned worldwide. Also in picture are Quezon City Police District Deputy Director for Administration Police Senior Superintendent Danila Bautista (leftmost) and other DENR officials and guests.